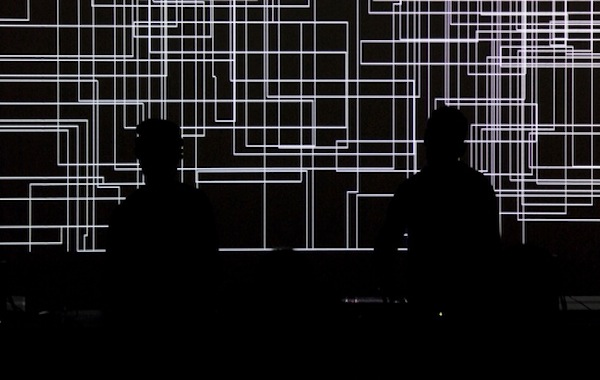 What a magical couple of months for music here in New York city. So many highlights but I’m going to try to work my way back starting with the most recent!
Last weekend at Output – one of the best clubs in the scene, my friend and amazing dj/producer Steve Rachmad played as part of Brooklyn Electronic Music Festival (BEMF) a weekend of lots of electronic music here in the city.
Steve – known as the progenitor of Detroit techno in Europe comes rarely to New York – maybe once or twice a year and it’s always a treat – especially to hear him on the Funktion One sound system at Output.
Sharing the decks was local dj Lenny Posso who heads up Thema and Chronicle labels and Mathias Kaden whose energy behind the decks is amazing!
I was also thrilled to have Steve and Mathias come to the comedy show I produce in the city the following night! A bit of techno royalty in the house!
Last week I was very fortunate to be invited to cover the Richie Hawtin gig at the Guggenheim.
The merging of techno and art is something that interests me a lot – not only because you get to hear the music in new spaces/venues but also because it draws a different crowd to a normal clubbing night.
It was a fun way to experience some of Richie’s music – but just a tad too short for me – you can read my review here!

We also had our first huge warehouse part here in October via RPM Presents with Chris Liebing and Tommy Four Seven – a fabulous 8 hour set from Chris!
Maybe 2000 people all celebrating in Brooklyn! Chris never disappoints and I was also thrilled to see local dj’s Beat Bros playing a really nice set for openers!
Back to Output for Marcel Dettmann and Answer Code Request. Hadn’t seen ACR before and was very pleased with his sound – very dark and heavily techno but a perfect build up for Marcel who’s always a joy to hear. I will catch him in December at Berghain too!
Other highlights – and believe me, they speed by was the amazing Cyclo.ID (from Raster-Noton) playing at MoMa.
Spectacular visuals and sound made for a completely immersive experience. And I got to say hi to Olaf Bender – one of my faves after the show – check out his tune Opal – mind bending stuff.
My quest for new musical experiences also saw me check out Volcano Choir, Nine Inch Nails, Fuckbuttons and Oneohtrix Point Never.
The latter (aka Daniel Lopatin) has an incredible new album out on WARP called R Plus Seven which you MUST hear.
It’s not dance music for sure but the incredibly rich sounds he delivers made me ponder life and all its conundrums. Really quite special and definitely a contender for album of the year on CGNY.

Other local highlights have been sharing the decks with Onda Skillet – a locally based dj/producer who has a really interesting approach to music and soundscaping. He heads up Aerotropic and definitely worth checking out his releases, featuring another CGNY fave Chanski.
I’ve been very privileged this year thus far to see and meet some amazing musicians and to have some of them share exclusive guest mixes on my site.
One of my musical inspirations – Italian Dj/producer Claudio PRC (Prologue) will share his set with CGNY readers on the site this week!
I am a huge fan of Claudio and so happy that he decided to give me this set!
NYC continues to be a hot bed for techno these days with no end in sight!
This weekend I will check out the amazing Rrose – whom I haven’t seen since his spellbinding set at Movement this year.
Saturday my good friend and producer Daniel Ciocio will play alongside Ostgut Ton head man Nick Hoppner at TBA Brooklyn.
Nathan Fake is also in town!
We’re speeding along towards the end of the year. Stay tuned to hear who CGNY’s picks (aka me!) will be for the best track/mix/album etc.
As always you can follow me on twitter here and Facebook here!
See you on the dance floor! 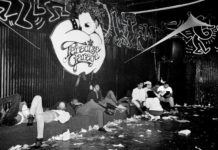 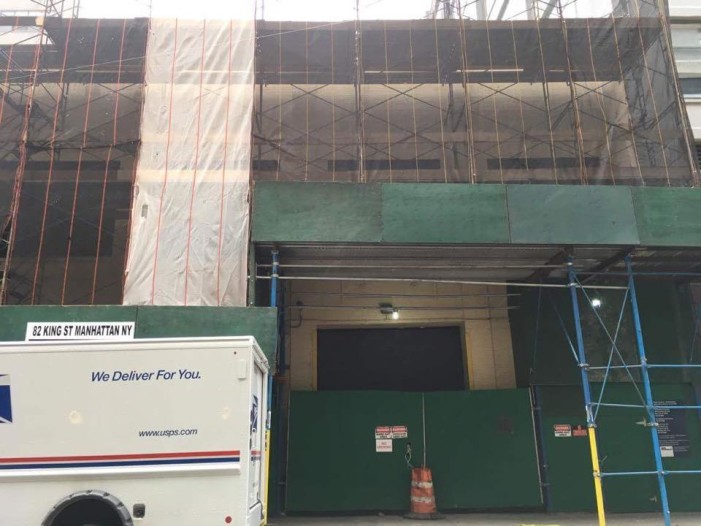 Out Of Control in Bologna: Chemical Brothers live @ Sonic Park