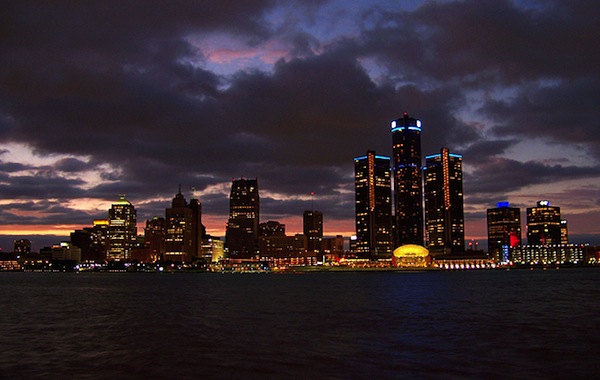 Time for another installment of techno from CGNY’s perspective!

Well first off I must talk about Movement Festival in Detroit! The Festival happened over the last weekend in May and what a line up. Excitement started to build from back in early Feb/March when initial artists were announced and it continued to grow. As usual NYC was represented by both clubbers and dj’s alike with notables like Mike Parker (Prologue) and Brendon Moeller (Steadfast/Electric Deluxe) performing.
I’ve been attending for 3 years now and I have to say that this Festival so far proved to be one of the best. Superbly well organized by Paxahau with the focus always being on the music, 2013 will surely go down as a notable.
Apart from the main festival parties of course, many promoters do after hours or pre-Movement and such was the case with the Perc Trax party on Friday night which featured Jeff Derringer, Mike Parker, Rrose and Perc himself in the always neat Mixworks venue.
All artists had great sets and we left sated and ready for the 3 day onslaught!
Every day proved better than the previous one!! It was very hard to pick any one artist or stage over another – in fact that’s always an issue at a festival! You want to see so many artists and even at Hart Plaza which is easy to get around – there will always be someone you miss!
I’d been invited to an intimate evening with Carl Craig on Friday at Motor City Wine where Carl had a quiet discussion with about 10 of us on all things musical and Movement related and his set on main stage was amazing – you can hear it recorded on rbmaradio.com.
A nice little bonus – Guti and Cassy dropped in for a glass of wine!
Stand outs for me were some of the returning artists, notably Steve Rachmad who closed out the Underground stage on Sunday with a magnificent set! Steve whom I’m happy to say is a friend also made the festival for me by summoning me from the crowd where I was front and center to join him and his girlfriend Manuela in the booth!
It was truly a special evening. Preceding Steve had been Ben Klock – always a winner, and (my first time seeing) Luke Slater.
Rrose played some amazing techno as did Mike Parker on Monday also at the Underground stage where I have to say, I spent the majority of my time.
The visuals there were so well done too – kudos all round.
Dave Clarke on the Main stage was superb and I got to interview him afterwards in the chilly evening air.
One of the rare occasions I surfaced was to catch local dj Sinistarr, who was one of my surprises of the festival, playing an eclectic blend of proper dubstep, drum and bass and techno!! Really interesting and I hope to be featuring him on CGNY soon.
Also delighted to catch another native Detroiter, my friend Buzz Goree on the “Made in Detroit” Stage on Monday evening. Despite wind and torrential rain which kept blowing the needle off the records, Buzz managed to keep us all happily dancing for an hour and a half!
I closed out the Festival back at the Underground stage with the always incredibly energetic DVS1. Zak is just such fun to watch and listen to always and his enthusiasm for what he plays really translates across the decks!
We headed off to the Klockworks Label event which was one of the top closing night parties where Recondite was playing as well as Ben and DVS1. Had a nice little chat with Recondite and then went off to join my friends on the dance floor for one more shake of the tail feathers before hitting the airport!
It’s very hard to summarize such a terrific event but I hope I’ve given you a tiny flavor of it. You can see video clips and photos on clubbersguidenewyork.com and our youtube channel.
Back to NYC and I’ve seen so far Mathew Jonson, Tony Rohr at Sullivan Room, Savas Pascalidis, and Regis at a Chinese buffet restaurant in Queens – the most unique venue I’ve encountered in NYC thus far!!
I also dj’d myself at my friend Italian dj and producer, Daniele Ciocio’s event – Twice as Proper on Friday! Great fun!
We’re approaching 4th of July here so lots of great summer rooftop and open air parties going on.
I’m hoping to check out Sam Paganini and maybe a Bunker party at Public Assembly at the weekend! Stay tuned for more updates! 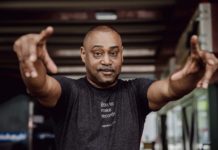 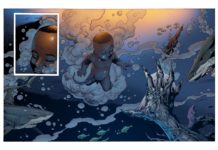 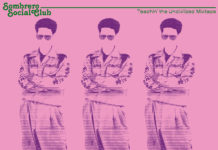